Google, Twitter, Facebook, and LinkedIn are among the top advertising platforms on the internet. Among other top-ranked global websites, Facebook and Twitter are more closely related than others. That is why they are often the subject of debate among social media ad spenders and advertisers.

Both networks are useful to promote products and services to a vast audience. Which of these two is better than the other? This article compares and contrasts Facebook Ads and Twitter Ads. Continue reading if you are a business or a marketer that wants to advertise on these sites.

Both Facebook and Twitter are major players in social media game but their ad performance is subject to debate for a long time. Experts have analyzed the performance of both types of ad networks and the results are interesting. First of all, it is important to say that both can be useful and both can be useless.

It all comes down to the way people use these ad types to advertise online.Countless factors affect your ads on Twitter and Facebook. You need to list down those factors and device a strategy mold those factors in your favor. We can evaluate Twitter Ads and Facebook Ads on the following four categories:

Read More:   How to Protect Kids from Social Media predators?

To have a better understanding, you need to discuss these categories in detail. Let’s dig deeper into these four important categories.

Based on your promotion goals, here are Facebook ad formats:

Twitter has the following three ad format options for promotion:

AdWeek.com writes that “engagement rates for Twitter ads can be as high as 1-3%, much higher than Facebook’s average CTR of 0.119%.”

Mobile ad targeting seems to be better in Twitter advertising. However, Facebook has also improved its mobile ad appearance recently.The mobile ad has to be more engaging and creative to grab the attention of the viewers. Mobile users are less likely to pay attention to static ads.

Read More:   How to make good images for Instagram?

For mobile devices, these sites may have a smaller number of ad formats that they have for desktop devices.

One or Both? What To Do?

You have read the level of performance you can achieve through Twitter Adsand Facebook Ads. In the end, we can say that both options can be useful but they are often less effective than Google’s SERP ads.

If you are a business that wants to sell products or services, you should analyze whether you should advertise on Facebook or Twitter. It is also possible that you could benefit from both platforms.

If you do not know much about running ads on Facebook and Twitter, you can hire a social media marketing manager or social media promotion agency. 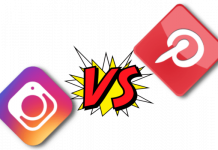 Is CBD vaping safe in Canada?

How To Open a PDF File Online

5 Ways to Measure up Your Managed It Service Provider

Renting cars by subscription with Bipi: everything you need to know