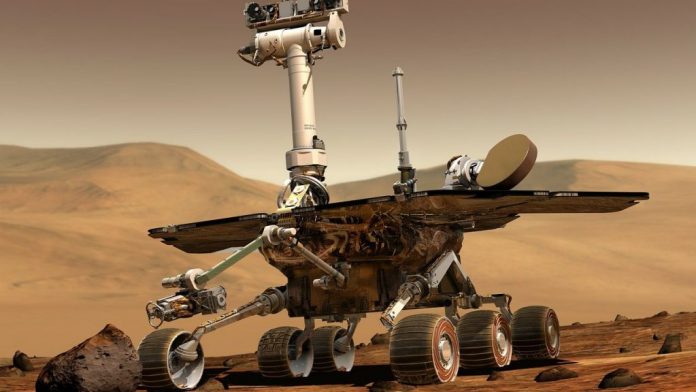 IBM recently announced that they’re releasing a report titled ‘Five-for-five’ that details five amazing technological innovations. From Virtual reality and personalised cancer vaccines to gene-editing technology and flexible viewing surfaces, these innovations promise to transform our world. But how can we use these innovations to benefit society as a whole? Read on to learn more about these amazing innovations. And don’t forget to share your own ideas with us!

Virtual reality (VR) is a computer-generated simulated experience that allows users to interact with an image in three dimensions. The obvious uses for VR are in the entertainment and gaming industries, but the technology could have far-reaching applications in other fields. For instance, businesses could use VR to quickly up-skill employees by simulating hazardous or dangerous situations. And it could revolutionize the way we teach, learn, and do business.

Virtual reality technology is so advanced that you can even touch and manipulate objects in the environment. It allows up to four clients to navigate through the virtual environment simultaneously. Virtual reality headsets can even host up to 32 viewers. Similarly, 3D models can be transformed into stunning VR simulations. Ultimately, this technology can change the way we live. It is truly astounding, and it will change the way we interact with the world.

VR technology is already being used in retail to help people experience products without holding them. It has long been used for entertainment, and it is now exploding with the COVID-19 pandemic. With VR, people can watch movies, play games, or even shop online. It has even revolutionised retail shopping. It promises to make shopping online even more fun. In the future, it will be a true revolution for many industries.

Personalized cancer vaccines would focus on the specific stage of the disease that a patient is in after surgery. Approximately 60 percent of cancer patients are cured of their disease, but about 30 to 40 percent will recur. Among these patients, certain types of cancer recur most often after surgery. A mRNA vaccine targeting molecules that lead to regrowth and metastasis could block the spread of the disease. Until now, traditional treatments, such as chemotherapy and radiation, have required years to develop.

Personalized cancer vaccines are based on neoantigens that are specific to a specific cancer type. Scientists are testing different delivery strategies and vaccine formats in various clinical trials to discover which cancer type responds best to them. Deeper studies of neoantigen-specific CD4+ and CD8+ T cells are required to improve the understanding of their therapeutic activity. Algorithms are being developed to identify neoantigens in patients’ tumors.

There are many benefits of gene-editing technology for mankind. It allows scientists to better understand the mechanisms of viral infections and has tremendous potential for the development of therapeutic approaches against such diseases. For example, gene-editing technology will allow researchers to create pigs that don’t need as many antibiotic treatments. It will also allow scientists to create sheep that have naturally-alternated hair colors.

It also holds great promise for restoring extinct species, such as the woolly mammoth, and restoring endangered animals, such as the dinosaurs. Scientists have already deciphered the woolly mammoth genome, which is nearly identical to that of an elephant. They are now pursuing other ways to create designer babies. If the technology becomes available for commercial use, gene-editing could restore a species’ genetic makeup and bring it back to life.

While most scientists are interested in using gene-editing to treat patients with disease, it could also help prevent the development of disease. Researchers have already used CRISPR to repair mutations in human embryos, which are created through the in vitro fertilization process. The heritable gene edits will be passed on to the offspring of this individual. Ultimately, it could lead to a cure for genetic diseases.

There are many benefits of this next-generation wireless network, but what are the specifics? Let’s look at some examples. This technology is expected to boost traffic capacity up to 100 times. It could also make AR and VR more accessible and mass-adopted. It could even make everyday life better through its enabling of immersive experiences. In this article, we’ll discuss some of the key benefits of 5G.

Its enabling capabilities will allow wireless carriers to offer an increased number of functions. It may also allow service providers to use multiple spectrum bands, enabling them to cover more areas for less money. In addition, consumers may see a significant cost savings, especially when it comes to data caps and home video services. It may also be possible to offer higher-speed networks for lower prices. But how can 5G make these benefits more affordable to average consumers?

The 5G network is set to transform home broadband, TV, and media. It will improve experiences across emerging interactive technologies. According to Ericsson, videos currently account for 66% of mobile data traffic, and this percentage is expected to rise to 77% by 2026. Streaming videos will be smoother thanks to its low latency. Movie downloads will be shorter than ever before – up to 6 seconds, which will save 23 hours per month.

Throughout the world, AI applications are becoming more commonplace. They range from autonomous cars to sensors for predictive analysis. Even chatbots are gaining popularity and may soon replace humans in customer service roles. As the technology improves, so will the applications for marketing, safety, and human-machine interaction. Here are five examples of where AI is already being used. If you’re interested in learning more about this revolutionary technology, keep reading!

AI is influencing nearly every major industry. While most applications are relatively narrow, such as computer algorithms, artificial intelligence is also making an impact in many other fields. Automated Insights, for example, help journalists understand data and produce 3,700 earnings stories a year. Meanwhile, in manufacturing, AI powered robots help maintain equipment and automate repetitive tasks. However, it may still take a decade or more to perfect autonomous cars.

It has already surpassed humans in the 2015 ImageNet Large Scale Visual Recognition Challenge. With deep learning algorithms, robots could recognize objects and distinguish between over 1,000 categories. These algorithms use artificial neural networks, which simulate the human brain’s operation. With the help of this technology, intelligent systems can now automate routine activities like writing articles, dictating the news, or shopping. And this progress will continue, if we are willing to let them.