Choosing the right app development software is an important step to ensuring your project is a success. There are several options available, so it’s important to choose one that suits the size of your project. The following article will look at a few options to consider: InVisionApp, PhoneGap, React Native, and Onsen UI.

InVision is a software for creating prototypes that can be viewed on a desktop, tablet, or mobile device. The tool makes the process of preparing prototypes very easy and allows the user to see and give feedback in real time. The software is free, but there are several paid subscription plans available.

The InVision app enables you to create interactive mockups, share them with clients, and get their feedback on them. Its interface makes it easy to create prototypes, even for those without experience in design. The dashboard lets you see which design screens will be shown to the end-user, and you can easily change the order of design screens. You can also add comments on any design screen directly from the dashboard.

Onsen UI is one of the leading frameworks for mobile app development. It allows you to create gorgeous HTML apps using Angular JS1 or JS2+, React, Vue, and other modern technologies. It is also supported by several popular platforms and includes built-in support for iOS Material Design. It also automatically styles UI components including tabs, stack navigation, lists, and forms.

Besides enabling the development of cross-platform hybrid apps, Onsen UI also offers a number of other tools to help developers create complex applications. The framework features an integrated debugger and live reload feature. The software also supports a large range of libraries.

PhoneGap is one of the most popular cross-platform app development tools available. Its open-source software helps developers create a single app that runs on all popular mobile platforms. Its powerful platform also includes a debugger and tools for testing. The platform also supports HTML5, CSS3, and JavaScript, and has a variety of plugins to trigger key smartphone features.

PhoneGap is a free open-source tool for building cross-platform mobile software. This popular framework allows developers to build apps for multiple platforms, including iOS, Android, and Windows Mobile. It reduces the developer’s workload and enables them to build a high-quality mobile application in a short period of time. It makes use of HTML5, CSS, and JavaScript programming languages and integrates with other libraries seamlessly.

React Native is a programming language that helps developers build mobile apps with a native UI. This language is based on the JavaScript programming language, and its asynchronous interactions with the native environment make it very responsive and fluid. It’s also faster than most hybrid apps and offers a smoother user experience.

The framework’s modularity allows it to support different platforms. Facebook, for example, adopted React Native for its Events Dashboard feature. This enabled Facebook to reduce startup time by 50%, a crucial feature that will increase user experience and increase time spent in the app. Additionally, the company is using React Native to enhance its ListView scrolling capabilities and memory efficiency.

Xamarin is a popular cross-platform development platform that allows developers to share code between platforms. It is compatible with iOS, Android, Windows, and Chrome OS and comes with its own integrated development environment (IDE). Xamarin has been backed by Microsoft and offers a wide range of enterprise app development features. It is also known for its robust reliability and performance.

Xamarin’s single technology stack makes it easy for developers to create apps for different platforms, including iOS, Android, and Windows. Developers can use a single code base to target multiple platforms, reducing development costs and ensuring compatibility. Xamarin also comes with tools to design native-looking UI.

HOW TO INSTALL THE SAME APP TWICE ON ANDROID 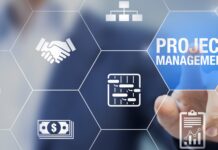 The Basics of Monday.com as a Project Management Software

The best live chat software for websites or ecommerce